Links of the Week, Social Media

Can you believe it’s been over a month since the last normal link of the weeks post?  This blog has seen a lot of change in the last week and I have to say as the amazing posts of the last week can attest it’s been change for the good.  So back to this links of the week.  I’ve talked with a few of you who seem to like that traditional staple feature of this blog and you seem to really like ended your week with some of my reads, but let’s try and take a poll and see what you really think.

It’s that simple.  Tell me what you think.  I’m closing this poll next Thursday night and if you want linkage I’ll try and keep up the weekly links or focus more on original content.

So I have a whole mess of links accumulated over the last month, but I’m still going to keep this very focused and the best of the best here.  Enjoy.

And this week, it could be the final if you vote weekly links off the island, the funny video is one that either you will find hilarious or well… a complete waste of three minutes.  Hopefully it’s the first. 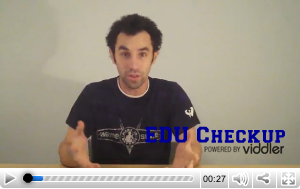