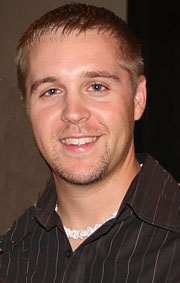 Kyle is currently a Manager of Consulting Services at HubSpot.  Formerly he was the Webmaster at Wofford College a position that he held for two and a half years. You can learn more about how he got his job at hubspot, his background information or jobs that he has had. Kyle graduated Wofford College in 2003 with a degree in Computer Science and worked at the campus for the next five and a half years in multple roles and departments. His professional background is more technical as he worked for three years in Wofford’s Information Technology Department in Help Desk Support and IT Specialist where he learned all the technical and troubleshooting aspects of a computer. His web experience stretches back to 1997 and the days of the early web and designing sites using Netscape Composer and Notepad.

Kyle a die-hard baseball fan who is obsessed with the Atlanta Braves and you are just as likely to run across him in a Braves community as you are in a Higher Education arena. His dream job is to follow Frank Wren as General Manager of the Braves and to use Scouting, Sabermetrics, and Sabernomics to continue the Braves dynasty FOR-EVER!

Web Analytics and Social Media are probably his favorite areas of the Internet world. Understanding why people do what they do and how to use that to make the experience better for everyone is a passion. He’s definitely a people watcher and Internet metrics allow you to pull hard data about user activity that was previously impossible to fully gather. Looking at the data is interesting, but attempting to make sense of it and pull out worthwhile trends and valuable insights is stimulating.

And now that this page has been rewritten he’s tired of talking about himself in the third person.

You can find Kyle on the following networks: 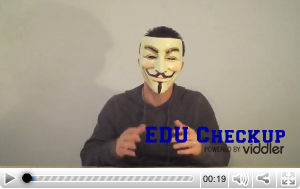